Welcome back to This Week in Apps, the weekly TechCrunch series that recaps the latest in mobile OS news, mobile applications and the overall app economy.

The app industry continues to grow, with a record 218 billion downloads and $143 billion in global consumer spend in 2020. Consumers last year also spent 3.5 trillion minutes using apps on Android devices alone. And in the U.S., app usage surged ahead of the time spent watching live TV. Currently, the average American watches 3.7 hours of live TV per day, but now spends four hours per day on their mobile devices.

Apps aren’t just a way to pass idle hours — they’re also a big business. In 2019, mobile-first companies had a combined $544 billion valuation, 6.5x higher than those without a mobile focus. In 2020, investors poured $73 billion in capital into mobile companies — a figure that’s up 27% year-over-year

This Week in Apps offers a way to keep up with this fast-moving industry in one place with the latest from the world of apps, including news, updates, startup fundings, mergers and acquisitions, and suggestions about new apps and games to try, too.

This Week in Apps will finally be a newsletter! It will launch on August 7. Sign up here: techcrunch.com/newsletters

This Week in Apps took a little vacation this month, so we’re back this week with a big round-up of all the news we missed — and then some. And a super-sized section of apps getting funded, too! Let’s play some catch-up…

ATT isn’t killing mobile game performance. An Apptopia report found that Apple’s launch of App Tracking Transparency has so far had no clear impact on mobile game download performance or monetization performance. The firm says this could be the result of any number of factors, including publishers using fingerprinting techniques (despite not being permitted), increased ad budgets on large networks like Facebook, increased spend on user acquisition, use of IDFV (vendor identifier) by larger publishers or higher than expected opt-in rates than was predicted. 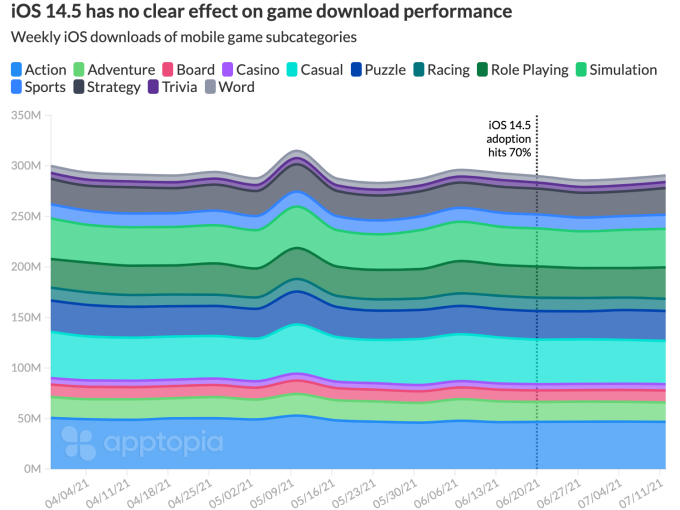 Agroforestry Group Starts Using Bitcoin as a Form of Payment

Meanwhile, the iOS 15 beta 3 added the ability to update your device using Software Update even if less than 500 MB of storage is available. This could be a big deal for getting users onto the most recent version of iOS, which has in the past been more difficult when users’ phone storage is nearly full.

Apple added the ability to assign tax categories to apps and in-app purchases on App Store Connect. The categories are based on the app’s content — like videos, books, news, etc. — and allow Apple to administer…

Bitcoin is 'playing mind games' as its price coils into a tighter range The general mood across the cryptocurrency...

Agroforestry Group Starts Using Bitcoin as a Form of Payment

HONG KONG, Sept. 16, 2021 /PRNewswire/ -- Agroforestry Group has announced that it will begin servicing the new cryptocurrency...

Save the Children Senior Advisor: We Chose ADA Because Its Backed by the Cardano

In July 2021, the non-governmental organization (NGO) Save the Children in Rwanda announced it partnered with the Cardano Foundation...

Cryptos Are Surging on Compromise Ahead of Senate Vote

Text size A compromise on tax-reporting requirements for companies in the cryptocurrency industry pushed Bitcoin prices higher on Monday....