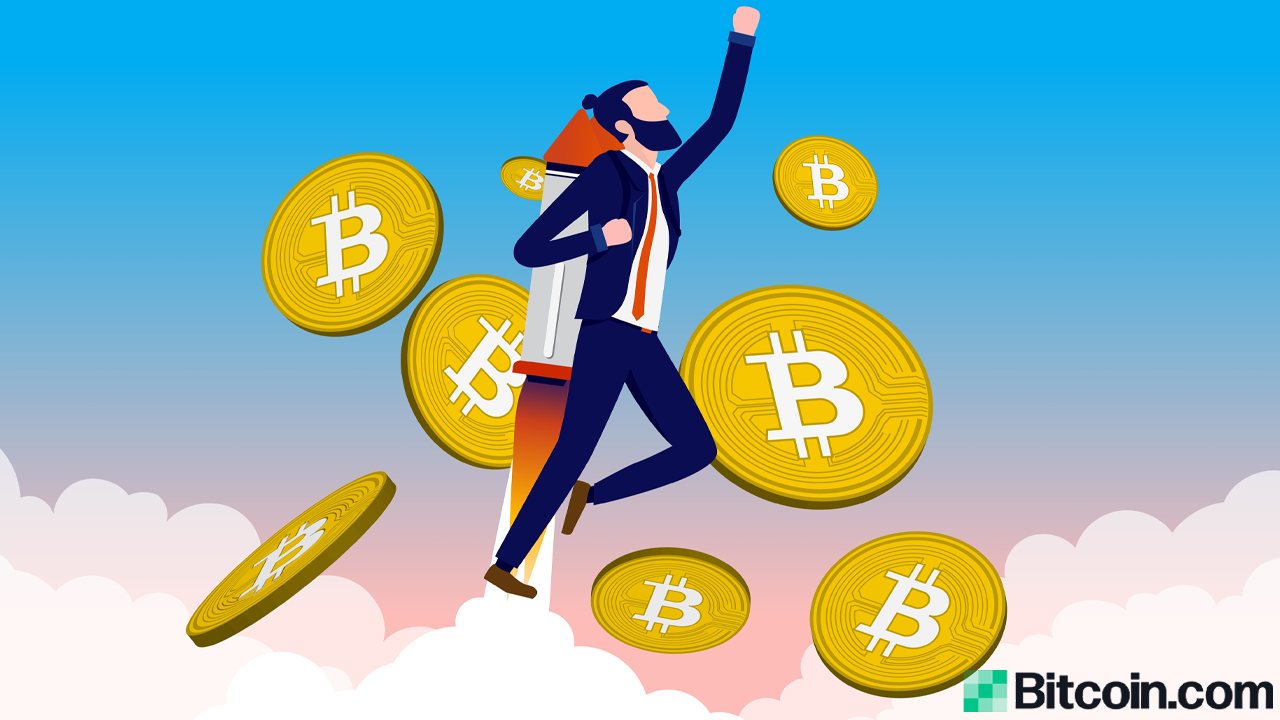 Bitcoin prices have dropped below the $50k region during this week’s trading sessions sinking to a low of $47,555 on Friday. The popular creator of the stock-to-flow (S2F) bitcoin price model, Plan B has discussed the recent price dip and stressed that “nothing goes up in a straight line.” Plan B believes this price drop might be a “mid-way dip,” similar to the crypto bull runs in prior years.

During the first week of March, Bitcoin.com News reported on Plan B’s popular but also controversial stock-to-flow (S2F) price model. In that report, Plan B was very confident and BTC’s price surpassed the model by 26%. People believe that the S2F price model predicts bitcoin’s price reaching six-digit price ranges in the future. Since that report in March, however, BTC’s price has dropped -26.72% after the crypto asset’s all-time high of $64,895 per unit. Plan B doesn’t seem phased by the drop and after prices fell, the S2F creator consoled his followers in a tweet.

“Nothing goes up in a straight line. Bitcoin has gone up 6 months in a row, until this month. This looks like the mid-way dip that we also saw in 2013 and 2017,” Plan B emphasized. A number of people agreed with the S2F creator, as they believe the dip is just temporary for now.

In fact, Bitcoin’s S2F model has been a topical conversation again in recent times. “So let us take a look at Plan B’s S2F model,” one individual called Waro recently wrote. “You can see that bitcoin always has this mid-way bear period in its bull cycle and the correction we would see is at a minimum of 40%. This is quite in line with the untapped liquidity that the Elon pump has left behind,” he added.

According to Crypto Quant’s S2F Reversion data, with bitcoin’s sharp drop, the index plummeted to 1.827126. Compared to bitcoin’s decline, the index has fallen significantly more, [which may imply] a reliable buying opportunity.

A bunch of crypto proponents think drops in bitcoin’s value should be expected during the bull runs and people still are confident six-digit BTC prices are coming.

Further, Plan B did a survey on Twitter and the poll saw 67,881 votes since April 24, 2021. The survey asked people their opinions about the S2F model what future BTC…

Bank Of America Among Investors In Paxos

Market Wrap: Bitcoin Expected to Pause Before Next Rally - CoinDesk

Bank Of America Among Investors In Paxos

Paxos, which provides blockchain infrastructure, has raised $300 million in a Series D funding round backed by Bank of...

Market Wrap: Bitcoin Expected to Pause Before Next Rally - CoinDesk

Bitcoin buyers are in profit-taking mode as the cryptocurrency tests the $40,000 resistance level. Sentiment has significantly improved over...

Miami Mayor Francis Suarez on using cryptocurrency to expand the city's economy and its potential impact on residents. Bitcoin...

How Tesla shrugged off a $23 million bitcoin loss last quarter: CNBC After Hours

The Grayscale Bitcoin Trust (GBTC) is echoing bullish sentiment in Bitcoin (BTC) as its premium over spot price rises...

3 Reasons I Fear Crypto More Than Stocks | The Motley Fool

3 Reasons I Fear Crypto More Than Stocks | The Motley Fool