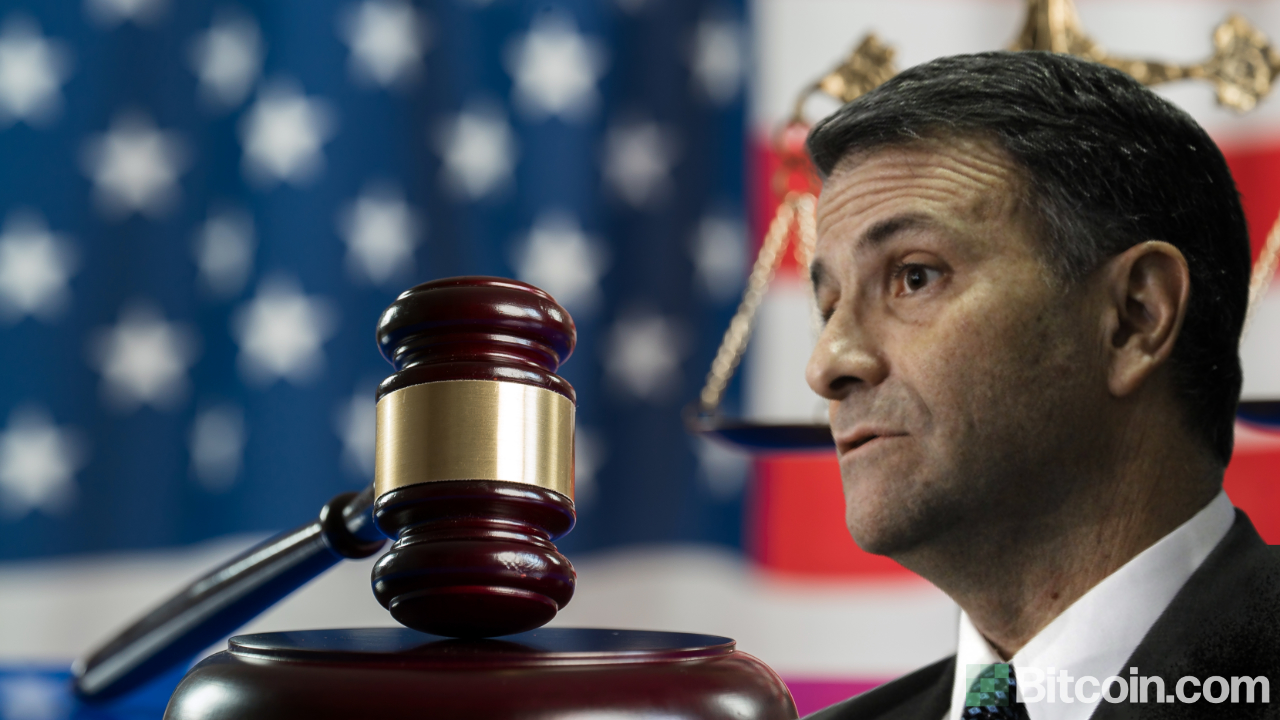 Jack Abramoff, the lobbyist behind one of the biggest Washington lobbying scandals as portrayed in the feature film Casino Jack, has been charged in connection with AML bitcoin cryptocurrency. He faces returning to jail after previously serving three and a half years in prison.

The U.S. Department of Justice (DOJ) announced on Thursday that lobbyist Jack Abramoff and Rowland Marcus Andrade have been “charged with fraud in connection with $5 million initial coin offering of cryptocurrency AML bitcoin.”

It has been more than 14 years since Jack Abramoff pleaded guilty in one of the biggest Washington lobbying scandals in U.S. history. Now the 62-year-old has reportedly agreed to enter guilty pleas on charges in two separate schemes, one of which involves a cryptocurrency project called “AML bitcoin,” with which he allegedly helped Andrade defraud investors. The DOJ alleges:

The charging document states that “Andrade claimed to be the creator of AML bitcoin and inventor of its technology that purportedly would prevent money laundering and anonymous use through ‘biometric technologies.’” He further “claimed this technology would allow the AML bitcoin cryptocurrency to comply with anti-money laundering and know-your-customer laws and regulations.” Andrade and his company NAC Foundation sold AML bitcoin to investors in the U.S. and globally through at least December 2018, raising more than $5 million, the DOJ noted. “Andrade defrauded investors by misusing funds that were raised and laundered funds that were illegally obtained.”

Abramoff has been charged with one count of conspiracy and one count of violating the provisions of the Lobbying Disclosure Act. In 2017, he was allegedly “retained by a client in the marijuana industry, and that the engagement in part involved efforts to advocate for changes in federal law and policy,” the DOJ added. However, “The information filed against Abramoff also alleges that he knowingly and corruptly failed to register as a lobbyist, as required by the Lobbying Disclosure Act.” The Justice Department continued:

This is the first ever known prosecution of a lobbyist for a criminal violation of the Lobbying Disclosure Act.

https://www.youtube.com/watch?v=0XiyvED-aV4 SAN DIEGO (KUSI) – Cryptocurrencies are becoming more and more popular among investors, and more importantly, many are...

This week, a senior official in Russia said that the country needed stronger laws to protect novice Russian crypto...

Hitesh Matlani is a globetrotter with a difference — the 32-year-old uses only cryptocurrencies during his travels. Matlani, who...