Some investors might have the Bitcoin (CRYPTO:BTC) blues right now. Several of the most popular cryptocurrencies, including Bitcoin, crashed last week after the U.K. moved to block the world’s biggest cryptocurrency exchange from operating in the country.

If you’ve considered buying Bitcoin but are hesitant to do so, there are other investment alternatives that could make you more money over the long run. They rank among the 20 most widely held stocks among Robinhood investors. And they’re all household names. Here are three popular Robinhood stocks to buy right now that are better than Bitcoin. 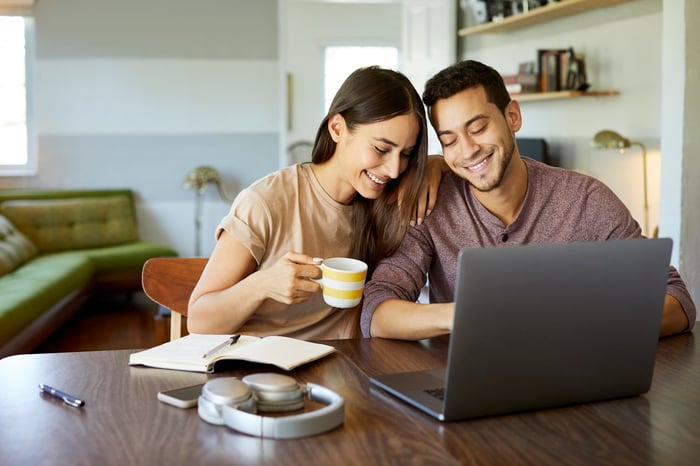 Everybody knows Apple (NASDAQ:AAPL). It’s the biggest company in the world based on market cap. It ranks second on the Robinhood top 100 stocks list. If you don’t already own one of Apple’s products, you undoubtedly know plenty of people who do.

None of that necessarily makes Apple a better investment than Bitcoin, of course. However, I’d argue that the underlying factors that make all of those statements about Apple true do make it better than the popular cryptocurrency.

Apple gained its popularity and size by being a consummate innovator and marketer. The company enjoys a solid moat thanks largely to the stickiness of its iPhone-centric ecosystem. But despite its size, Apple still can grow much larger.

Augmented reality devices, foldable iPhones, and even a self-driving car are high on the list of potential new products on the way from Apple. The company also has opportunities in major markets where it doesn’t already dominate, notably including India. I think this Robinhood stock has a very good chance of outperforming Bitcoin over the next decade.

Few companies are as beloved as Disney (NYSE:DIS) is. That’s not surprising considering that the company has been delighting children and adults alike for nearly a century. Neither is it surprising that Disney is No. 8 on the list of the most popular stocks on Robinhood.

But can the House of Mouse outperform the biggest cryptocurrency in the world? I think so. For one thing, Disney should see its sales jump as COVID-19 concerns ease. Families will return to the company’s theme parks and cruise ships. Audiences will return to movie theaters to watch Disney’s new releases on the way.

Don’t overlook Disney’s opportunities to create new markets, though. We’ve already seen the company do just that with the phenomenal success of its Disney+ streaming service. If there’s a way to monetize its growing content library, you can bet that Disney will find it.

You might view Disney stock as overpriced with shares trading at 36 times expected earnings. However, I agree with my Motley Fool colleague John Ballard that Disney actually looks cheap when you dive into the details of the company’s growth prospects.

Drugmakers usually aren’t as well-liked as a company such as Disney. However, Pfizer (NYSE:PFE) landed at No. 7 on…

Read more:3 Robinhood Stocks to Buy Right Now That Are Better Than Bitcoin | The Motley Fool