Bitcoin Isn’t The Problem. Let’s Look Into How Sustainable Mining Can Become |


What Are The Major Concerns?

Bitcoin mining has created quite a stir in the marketplace. It’s no mystery that Bitcoin mining consumes a lot of energy, resulting in increased carbon emissions.

Bitcoin mining refers to the process of verifying bitcoin transactions and documenting them in the public blockchain ledger. Miners are the individuals who use high-powered machines with extremely high computing capacity to validate these transactions through the Bitcoin blockchain.

People from the industry argue that this mechanism has several benefits to overregulated currencies since it does not depend on a centralized intermediary. Bitcoin pioneers such as Billy Silbert, the founder and CEO of Digital Currency Group, believe Bitcoin is proving to be a viable gold substitute. However, mining puzzles necessitate several energy-intensive computations.

As a result, variations in Bitcoin price are closely related to the amount of energy consumed. For example, as the price of bitcoin increases, so will the energy demands. According to a University of Cambridge report, Bitcoin mining consumes more than 120 TWh each year.

While institutional investors continue to embrace the digital currency, one controversy has emerged regarding its relationship to environmental and energy concerns. ESG researchers concluded that the cryptocurrency is harmful to the environment because it requires too much power to mine a single Bitcoin.

However, according to CoinDesk’s recent report, this is not the case, claiming that leading cryptocurrency does not consume as much electricity as some might think.

“The network maintains unity and credibility by Bitcoin’s energy-intensive consensus protocol. If reaching a consensus was easy, the network could be easily hacked. However, mining consumes so much energy that attacking the Bitcoin network is incredibly expensive.” 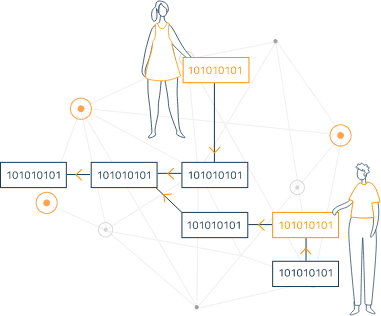 Bitcoin mining is typically based on a cryptographic protocol. In general, mining uses blockchain ledger technology, and ledgers keep accounts of all transactions made by operators. The approved and verified transactions in the network are referred to as blocks, and these blocks are then assembled to form a chain, which is commonly referred to as a blockchain network.

These blockchains are established by many extremely advanced algorithmic programs running on several computers, requiring enormous amounts of power derived from various sources. While computing the amount of energy required, hashrates play a crucial role in determining how much electricity is being used.

Mining hash-rate is an important security metric, and the greater the network’s hashing capacity, the greater its security and overall resistance to attack. Although the precise hashing power of Bitcoin is unclear, it can be estimated based on the number of blocks mined and the blockchain difficulty.

On the other hand, higher hash rates imply higher power demand and a greater strain on…

Read more:Bitcoin Isn’t The Problem. Let’s Look Into How Sustainable Mining Can Become |