Bitcoin rockets above $11,000 to year highs as the dollar weakens | Currency News | Bitcoin crossed the $11,000 mark in early Tuesday trading as the US dollar tumbled and investors turned to alternative assets including gold.

The token spiked higher on Monday after crossing the $10,000 level for the first time since June. Prices leaped as high as $11,298.22 late Monday evening to hit their highest in nearly a year.

Naeem Aslam, chief market analyst at AvaTrade, said the bounce “cleared a major psychological level that has been there for a long time,” adding the next key resistance level for the digital coin is $15,000.

Read more: GOLDMAN SACHS: Buy these 26 stocks now to crush the market as an ‘overvalued’ dollar continues to weaken in the months ahead

The rally was helped by a growing argument among bitcoin bulls that the cryptocurrency can replace traditional stores of value. The dollar is down significantly year-to-date amid record levels of economic relief spending.

Gold, on the other hand, settled near record highs on Tuesday as the dollar’s weakness and heightened inflation expectations boosted the precious metal. Crypto fans have repeatedly touted bitcoin as a similar kind of hedging asset, as it isn’t directly tied to inflation and interest rates.

Other cryptocurrencies jumped early Tuesday before erasing gains and trading largely unchanged. Ethereum slipped after reaching its highest level in more than a year. Tether posted modest gains after its market cap crept above the $10 billion threshold.

A fund manager who’s quadrupled investors’ money since 2011 says he uses a famed 5-part psychological theory to shape his portfolio. Here are the stocks he bought for each stage. 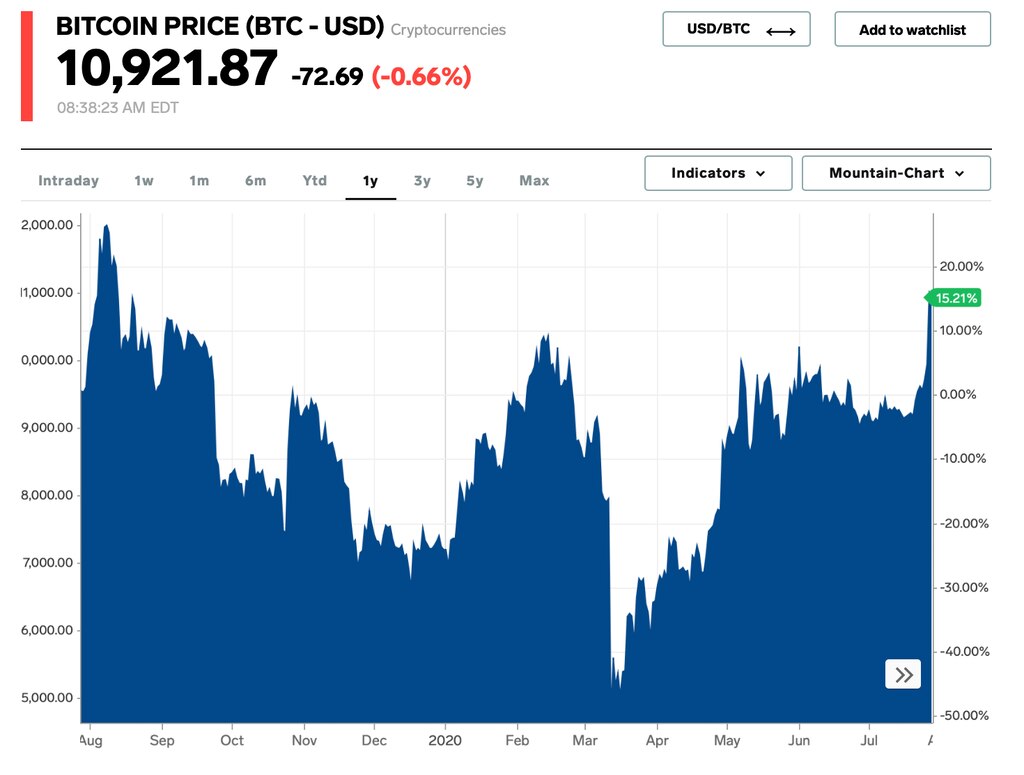 Read more:Bitcoin rockets above $11,000 to year highs as the dollar weakens | Currency News |

A Framework For Valuing Bitcoin