Even $7.9K Bitcoin Price Won’t Help Bears Ahead of $1B BTC Options Expiry


This Friday’s Bitcoin (BTC) futures and options expiry has been causing anxiety and excitement amongst traders as the price has oscillated with no clear trend for the past 30 days.

There have been moments of euphoria as the price briefly broke the $10,000 level earlier this month, but recently emotions have become slightly bearish as the market dropped below $9,000 on Wednesday night.

Correlation does not mean causation

Correlations between crypto and traditional markets were all the rage leading into the Bitcoin halving, but now it seems most traders have forgotten that the recent increase in correlation between Bitcoin and the S&P 500 could be the root of BTC’s current price volatility.

There’s not much gain in trying to understand the rationale behind this, although recent declining volume both in spot and derivatives exchanges certainly makes it easier for algorithmic traders to impose their will. 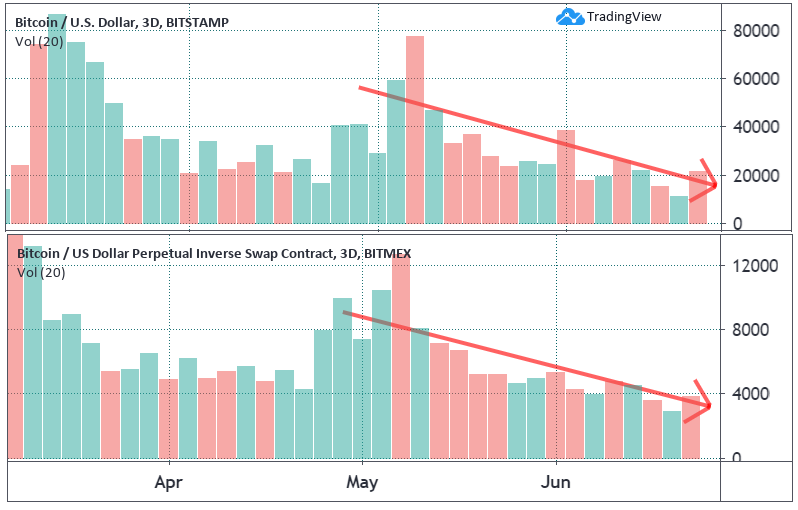 This ongoing heated debate on whether Bitcoin futures and options could be the main factor behind the recent volatility seems somewhat pointless as there will always be players positioning for an upside, while short-sellers are expecting a negative price move.

Open interest can be deceiving

After all, the numbers are quite staggering. Currently, the total BTC futures open interest is over $3.8 billion, while options markets’ open interest has just reached an all-time high at $1.7 billion.

But the question is, what exactly is behind those numbers? 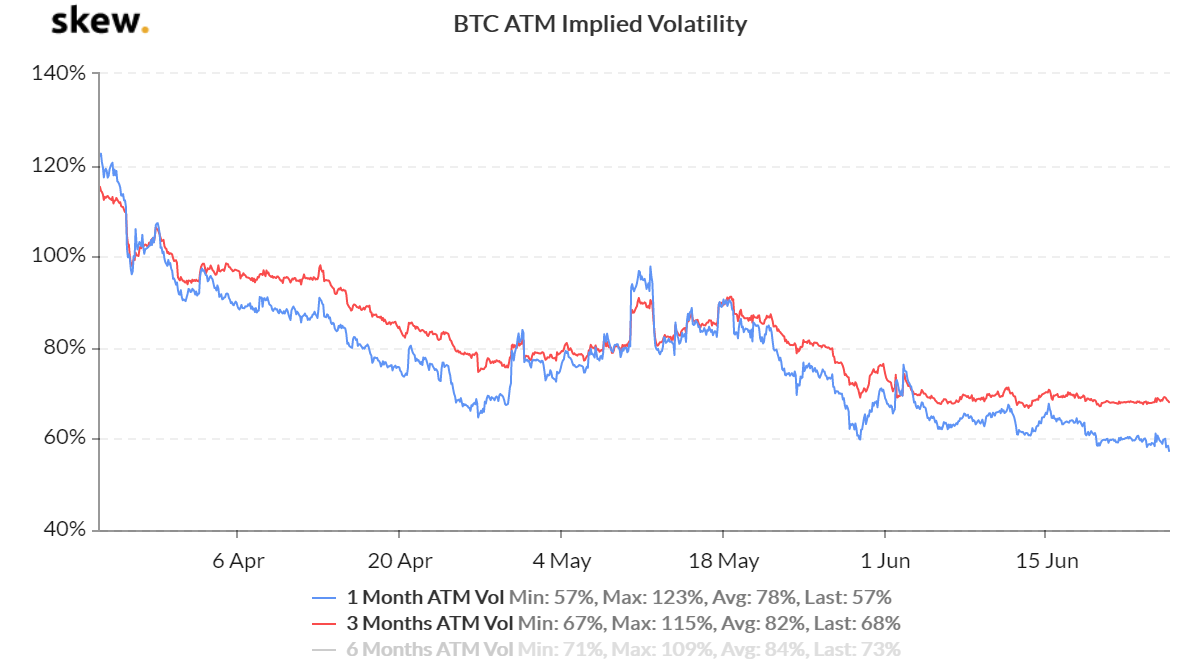 There is less than a day before the June 26 expiry, and Bitcoin’s volatility is at the lowest levels since the March 12 crash. Low volatility typically indicates that professional traders are not expecting huge price swings, dimming option markets premiums.

Notice how the above data from Deribit shows a staggering amount of more than 30,000 call option contracts from $10,500 to $32,000. With less than half a day for June expiry, most are deemed worthless by Deribit’s mark price.

Furthermore, there’s not even a single buyer for most of those strikes. That’s over $300 million worth of open interest that should not have been accounted for.

Deribit leads options markets, but CME is catching up 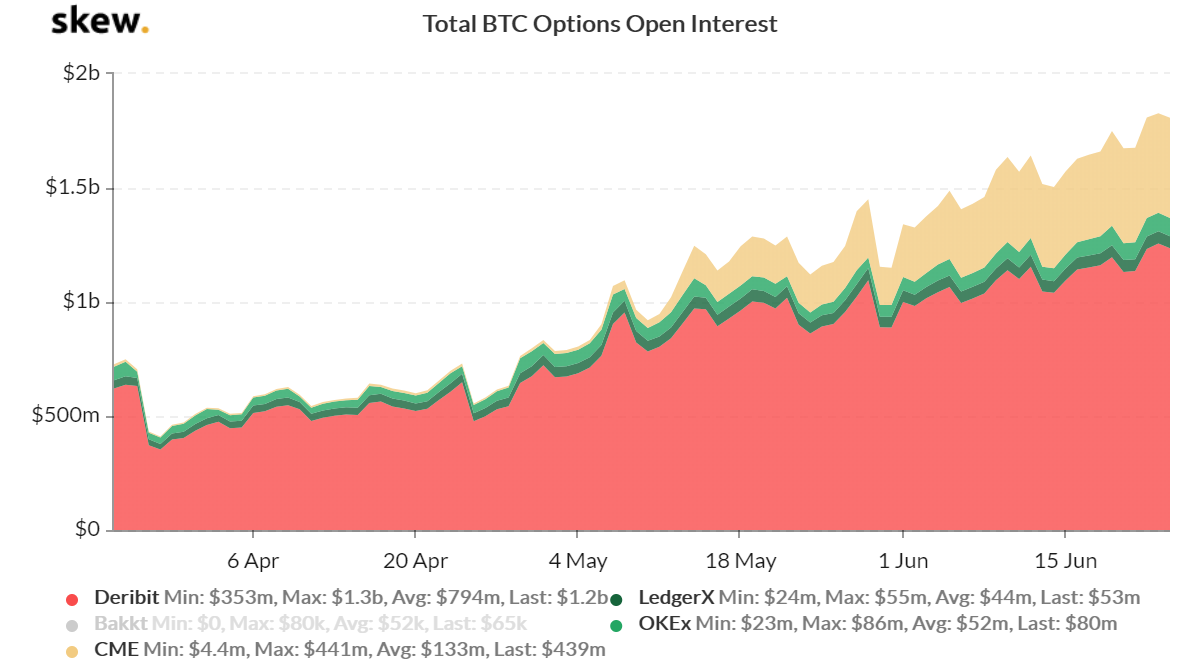 Deribit has a total of $1.3 billion in open interest, followed by the Chicago Mercantile Exchange (CME) with $439 million.