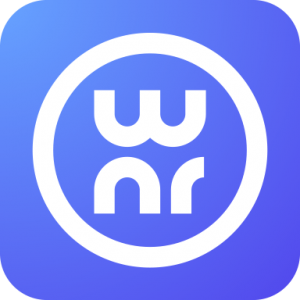 OWNR, a multifunctional cryptocurrency wallet, has been granted an MSB (Money Services Business) license by the Financial Crimes Enforcement Network (FinCEN), a division of the U.S. Department of the Treasury. This federal licence authorizes the holder to engage in currency transmission services and dealings in foreign exchange, including all virtual and crypto currencies.

The U.S. federal MSB Licence is a legal benchmark on the way to providing cryptocurrency exchange in the USA. OWNR Wallet OU is now applying for the corresponding licenses from each of the state regulators. Meanwhile, it is possible to exchange cryptocurrencies with OWNR in 97 countries, including those of the EU.

“Our efforts are focused not only on adding new coins and functionality, but on the compliance work for expanding our presence globally,” says Grygory Sytenko, OWNR Wallet CEO. “I believe that at the moment, OWNR is one of the precious few cryptocurrency apps that covers most of a user’s needs. Our goal is to build the most intuitive yet all-comprising app which would make cryptocurrency as available to anyone as traditional financial system.”

OWNR Wallet is conceived as part of a multi-asset cryptocurrency ecosystem. The latter also comprises prepaid cryptocurrency debit cards, which will be managed from the app (launching soon), a blockchain explorer, and its own system of cryptocurrency exchange. Once the basic functionality is implemented, the team will move on to the special features which may be of interest to developers, enterprise and traders.

OWNR Wallet is a private limited company based in Estonia. Its mobile app was released in April 2018, devised as an all-in-one cryptocurrency wallet for users with all levels of experience. The application is available for both iOS and Android, while the desktop application is supported on Windows, Mac OSX, and Linux.

OWNR is a non-custodial wallet. Customer’s private keys and seed phrase are not transmitted to OWNR’s servers. Neither does OWNR access or store them in any way, placing customers fully in control of their funds. Below is a brief overview of the functionality which sets OWNR Wallet apart:

– Asset auto-discovery: all the coins supported are available upon the restoration
– ERC20 token auto-discovery: no need to add ERC20 tokens manually or contact the team to do it
– SegWit transactions for BTC and LTC
– Any length of seed phrase (12/15/18/21/24 words) supported
– Forced address allocation (generating up to 20 new addresses at once for Bitcoin and Bitcoin-like coins)
– Price widget for the assets selected
– Transaction…